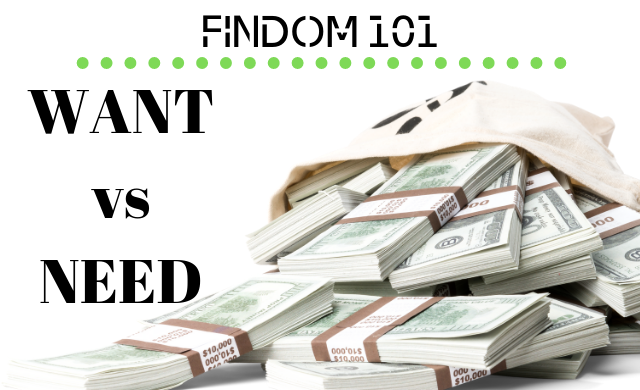 Here is some great findom advice for how to get tributes using intent.

It sounds so elementary. We all know the difference between want and need and let’s face it, there is actually not much of one it would seem. I mean think about it. If I say “I totally want that purse” it would sound just the same to you as me saying “I totally need that purse.” It is as if we KNOW the two words are actually different yet we use them to mean basically the same thing. In our modern way of speaking we do not have to differentiate between the two words because we know that despite subtle gradations of use, they are pretty much the same damn thing in a casual conversation. In other words, they are said to indicate the exact same demand or desire. So what is the big deal then? The big deal is HOW you are going to get tributes as a findom.

Findom is a delicate dynamic sometimes

Financial Domination is a delicate dynamic. But more importantly it is a POWER DYNAMIC. The very term power dynamic is used to indicate any relationship where one party is in control of the other. It means one party has POWER over the other. And in YOUR case-the case of being a findom- it means one party DOMINATES the other. I am sure by now you can guess which one YOU are in the relationship. As the findom you are the one who has the power. You are the one who does the dominating. This seems pretty obvious of course and I am sure is nothing you didn’t already know.

BUt here is the kicker. When you are talking to a potential sub or a financial submissive you must be certain to KEEP the power firmly on YOUR side at all times. This is WHY he defers to you, worships you and most of all, does as he is told. And the thing you are telling him to DO? PAY YOU.  For him to actually agree and feel compelled to pay you he has to feel submissive to you. He must KNOW that you have all the control and can therefore use him as you please. In this case it means using your power to seduce or demand money from him in the form of a tribute.

Keep your power and get paid

Now you are probably thinking “well that’s all well and good but WTF does this have to do with want and need?” As I mentioned earlier they are technically the same thing in a casual conversation but in the POWER DYNAMIC conversation where YOU are making certain to keep all the power, you never want to give away that power to the submissive. THIS is where want versus need comes in.

Here are some examples

Let’s illustrate the point with some examples. If you approach the conversation of tribute from a place of NEED then you are giving him the power. Think of it like this. You are talking to a sub trying to get that tribute and you say you truly NEED this money because otherwise you will; not be able to pay your bills. This could be completely 100% true but you have just handed him the power. He now has the power to decide whether to save you from something or not.

You have basically said to him that you are in a place of need and that him giving you a tribute will remove you from that place. In other words, he has the POWER to take you from that place of need. Now all of this might be TRUE, you might really need this money. But unless this submissive already cares about you on a VERY personal level (has a very deep relationship with you that is more than just occasional service or tributes) it will basically just tell him you are in a place of need, not a place of demanding what you want. It DISEMPOWERS you to reveal to a basic stranger (which IS after all what most of these guys are) your actual NEEDS. I am not saying to pretend you do not have normal people needs. I am just saying that those needs are NOT part of this particular power dynamic relationship.

So how do you get that TRIBUTE then?

So how do you get that tribute then? You do not make the concept of NEED part of it. The power dynamic includes NEED only on the finsub’s part. How so? Because HE is the one who is desperate. He is the one who is needy. He is needy for YOU. He’s needy for your POWER over him. And the person in power is the one who gets to make demands. And can you imagine what that demand should be? MONEY of course. Tributes. That is what you are demanding of this needy creature because YOU are in control.

In other words you WANT him to do something. You have a WANT, a CRAVING-not an absolute need. That is what HE has. BUt you do  WANT something. You want him to tribute you. NOW. You demand it and he complies out of his need for your control. It has NOTHING to do with your need to pay your bills. To YOU it might have everything to do with that one fact. But in your power dynamic relationship with this sub it has NOTHING to do with what is going on. Matter of fact, it is none of his damn business. He is not part of that. He is a servant, not a partner. ALWAYS keep the power you have and do not let the finsub have it. YOU are in control and you already know this!

YOU must keep in control

See what I mean by want versus need? Now obviously do not take this advice in the absolute literal sense. I am not telling you to never ever use the word “need.” Evene at the beginning of this post I mentioned that the actual casual use of these words is pretty much the same. What I am saying in the debate of “want versus need” is not to be the NEEDY one. If avoiding the actual word “need” is part of what it takes to NOT seem needy then do it. Avoid the word. It can come off as needy to use it sometimes but only YOU know when those times are. So think of it as a “loose rule.” In other words a rule to consider but not to follow strictly.

The word “want” though? It almost ALWAYS sounds good coming out of the mouth of a findom. Think about it. “I want a new purse. Buy it for me.” or “I want some candy.” No matter which example you just read it probably came off demanding and perhaps even bratty. BUt it did NOT sound desperate, did it? Even when just reading that in your head it probably sounding like a bratty demand, lol. Because of that it almost always sounds good when used in conversations with your sub. So even though I cannot say to always only use “want” and never use “need,” I think you can understand the DIFFERENCE between the two.

Getting tributes as a FINDOM can be about intent

It all boils down to your INTENT. And we both know your intent-to keep the power and get what you want. Do it the way you feel sounds best. There are NO real rules in findom. BUt at the same time there IS always a power dynamic. Make sure you are represented in YOUR D/s relationship as the one with the power and you will find yourself getting paid time and again.