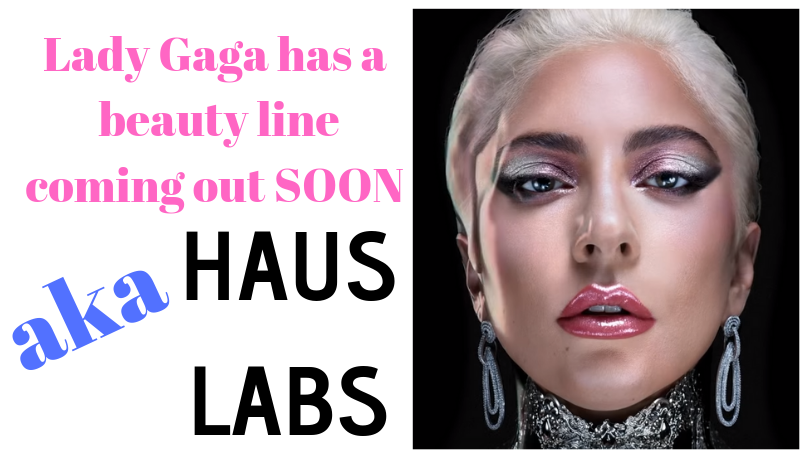 In case you missed the big news, Lady Gaga JUST announced she has a NEW makeup and line coming out in the near future. It is appearing under the brand name Haus labs. this is no surprise when you consider Haus Of Gaga is what she calls her style team.

Think her cosmetics will be as inclusive as Fenty? Will it be just the thing to replace Kat Von D’s line for those who have decided KVD is cancelled? Maybe it will be what we hoped for from Urban Decay before it became suburban. Or will it have the same sensibilities as Pat McGrath Labs? WHO KNOWS.

What will Gaga’s makeup and cosmetics line be comparable to?

Here is some of what we DO know in the early stages. What we DO know is it was just announced. Also there is a countdown clock running at The Haus Labs website. When I say countdown I mean an actual CLOCK interface running down the days, hours, seconds & minutes. The clock times the moment until MORE info is released. I think the clock is all about more info being released and NOT the actual products. There seems to be an august date associated with those..

What else do we know? One thing is for sure. It is being launched EXCLUSIVELY via corporate mega giant Amazon. That is a MAJOR move if you consider it. It is almost de rigeur for huge line debuts to become available through their own brand’s site OR via Ulta or Sephora. In fact, this is exactly what I was expecting. However it appears she has a distribution deal through Amazon. Didn’t see THAT coming.

My personal favorite part is what Lady Gaga herself said regarding the news: “The last thing the world needs is another beauty brand… but that’s too bad.” What a great line about her forthcoming line…right? (see what I did there?)