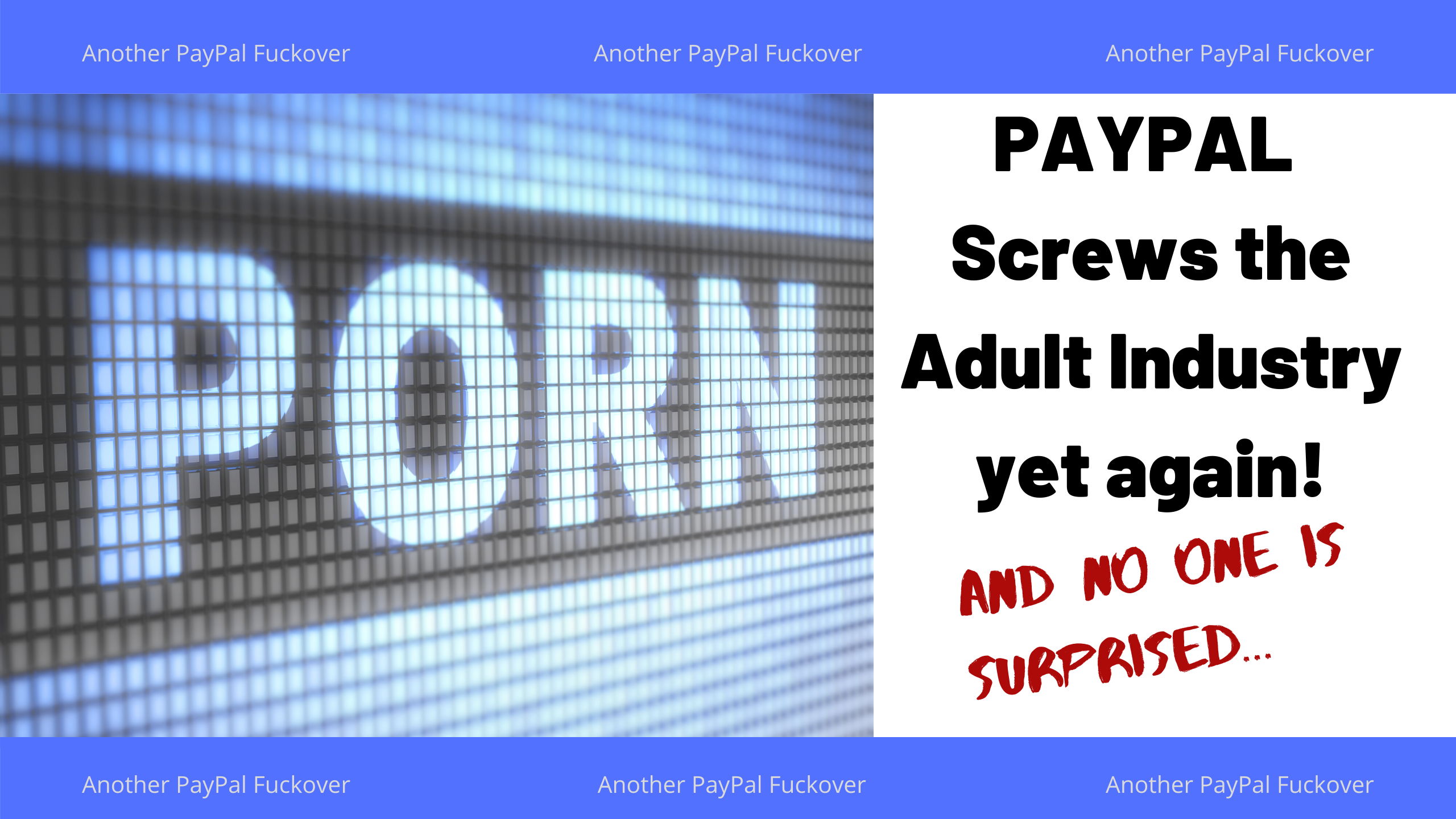 Paypal’s action leaves many in the adult industry stranded. This is not really news to most of us who work as independent contractors in the sex industry. The money processing megacorp has a history of terminating sex work accounts for little to no reason. Despite the termination emails that shade their dislike of sex work with nicer terms, it boils down to “we don’t like what you do for a living.”

Over the past decade they have closed countless sex worker PayPal accounts with little to no warning. When they do this they frequently confiscate the money in those accounts. Some SW’s receive the money back after a lengthy dispute and investigation whereas some never receive back funds they EARNED. Simply because of your job you can be told you do not have the right to use their means to move money.

PayPal goes so far as to regularly comb social media. This search is a way to see if SEX WORKERS are openly giving out their paypal details as a payment option. Paypal is actively looking for models, findoms, escorts and anything deemed “adult” or erotic who might be attempting to use their money services. Paypal then shuts down those accounts with no warning. Senders sometimes mention key words in their payment messages. This can lead to the pay recipient getting banned from the money service altogether. That’s right, a word such as “Mistress” in a payment comment can get your account shut down and money in it confiscated.

What does this mean to YOU as a Sex Worker? DO NOT USE PAYPAL. Do not support their business. They most certainly do not support YOURS. Not to mention doing so can lead to loss of money. Eventually you would need to find alternate payment methods in the future anyways. So go ahead and do yourself a favor and JUST DON’T.

Want MORE stories on Sex Work and the business world? Check out how ASOS discriminates against SW’s. Want to support businesses that support US? Go get THIS new product made FOR US by ONE of US.