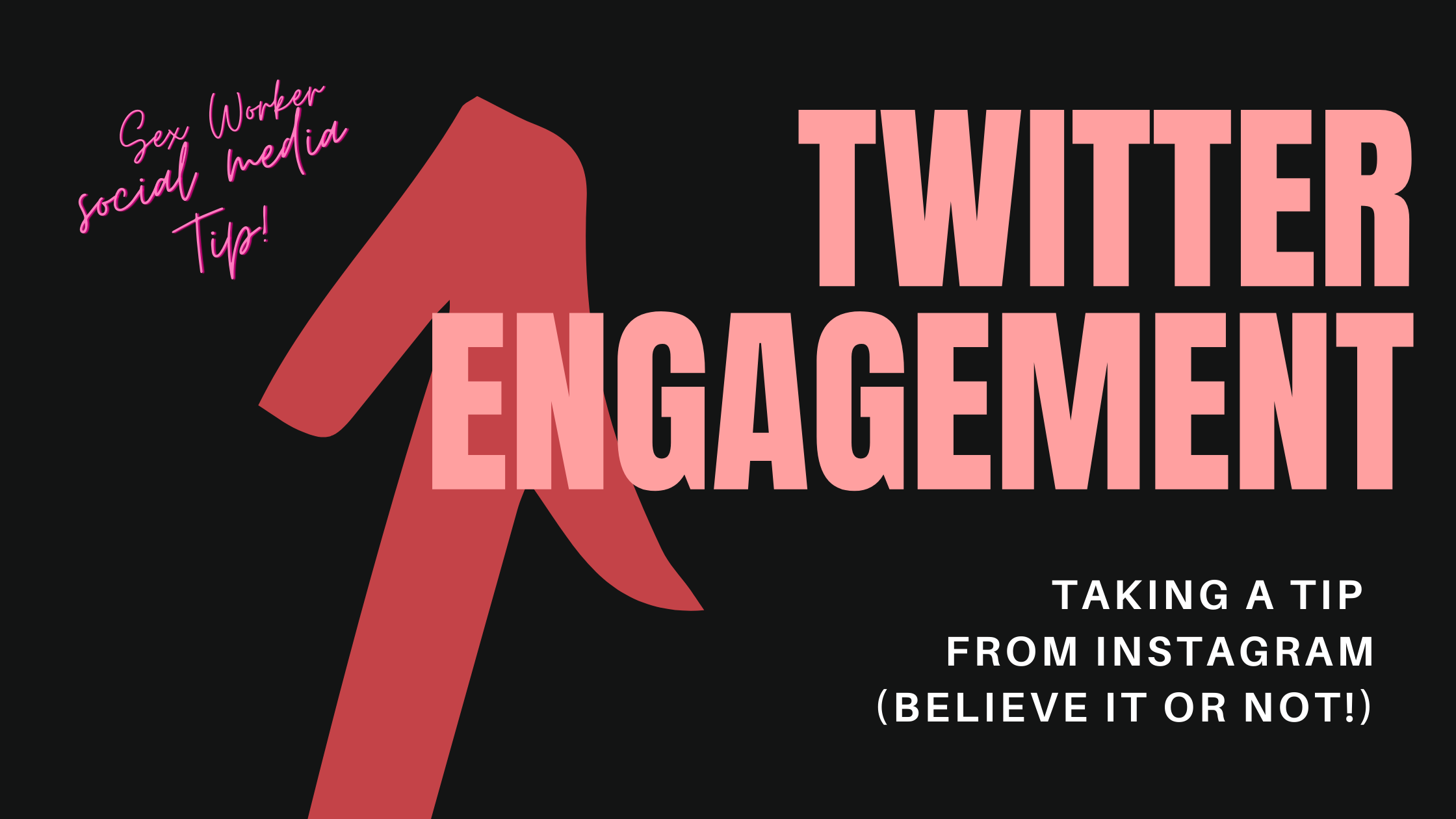 Are you a Sex Worker looking to raise your engagement rate on Twitter? Well here is a little tip from the world of IG that just might help! Read on:

If you are a Sex Worker, using social media is essential to success today. If you are a Sex Worker than you probably use Twitter since it is a little more friendly towards us than other apps and sites. Nonetheless Twitter has its own pitfalls such as the much feared “shadow banning.” Many Sex Workers use engagement groups to hopefully get around shadow and search bans.

But what if you prefer to keep your own separate identity while still showing up in searches by interested parties? Then one can look to other platforms and get some advice. Even though Instagram is NOT Twitter (don’t get me started), it is still worth trying some of the best algorithm stumping tips from IG-land. This next tip is NOT for Twitter YET BUT if it is part of the algorithm on one big Social Media site, it tends to soon be part of the algorithm on others, too. So I think it is worth bringing this one to Twitter too. Keep Reading…

Often users try to get around the twitter banning algorithm by having followers leave comments on their posts. However many of these comments are short ones just meant for volume not quality. Well here’s some news, these don’t help on Instagram per their own policy. They have amended their rules to make it so that only comments that are four words or longer raise engagement rates (and Emojis don’t count). Now we don’t know that this applies to Twitter but it wouldn’t hurt to make sure your Twitter followers leave at least four word comments and see if that helps with your visibility. Also YOUR comments need to be this way as well. Engagement is a 2-way street (also just to help out your fellow SW’s!) Timeliness may be a factor as well so inform the masses to try commenting FAST on your posts.

Encourage your followers to comment on your tweets within an hour of posting and see your engagement rates rise!

It’s a struggle everyday to create and maintain your own Identity and Brand so anywhere you can gain knowledge, take it! Your colleagues are also thirsting for it so all of us need to find it wherever we can. Knowledge is your advantage. Use it and Twitterland will beat a path to your posts.