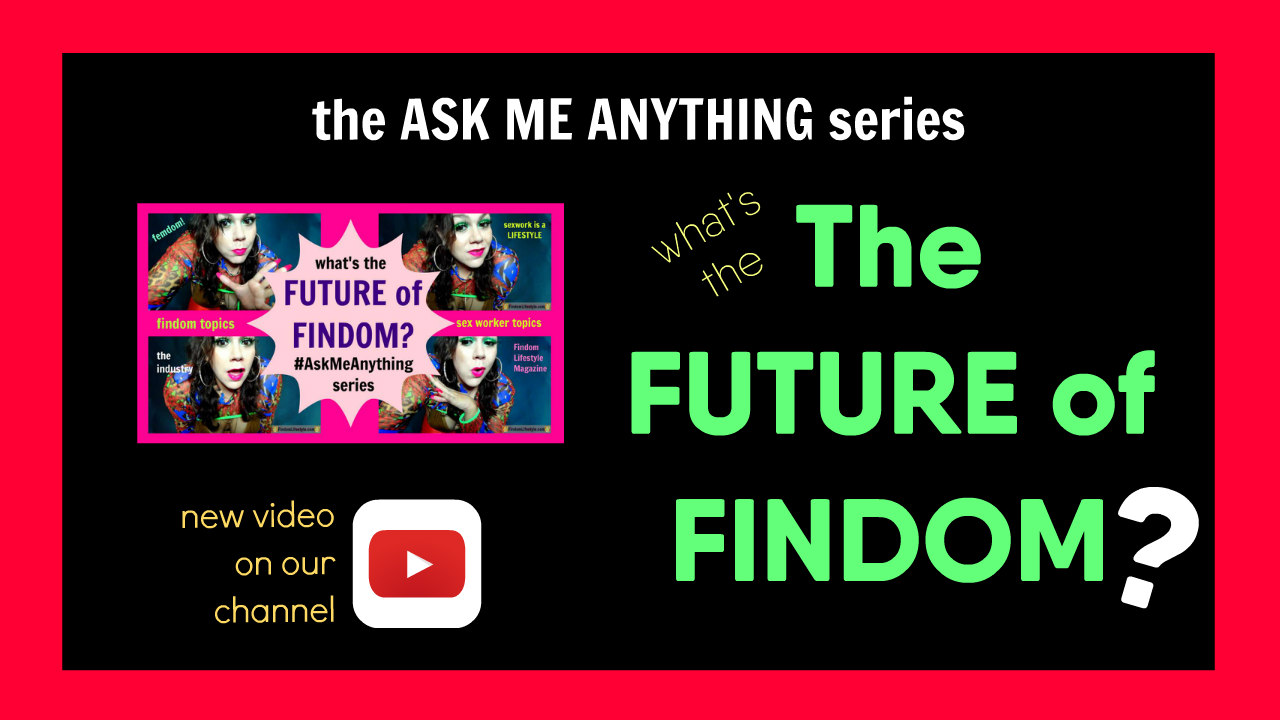 I recently put a call out on Twitter for questions for a new Ask me Anything series and got some AMAZING suggestions. Lots of them are in reference to being on a documentary for Vice and of course, FINDOM!

Queen Mariah asked “what do you think is the future of findom?” and I believe this is a GREAT place to start the conversations about financial domination.

First things first. The scene is completely different BUT kind of exactly the same as when I started in it. I KNOW it has changed. Things like Snapchat didn’t even EXIST when I first started playing in financial domination online. But it is still pretty much the same exact scene. Dommes are still telling each other “DON’T USE PAYPAL!” (seriously, don’t use paypal). The established dommes think all the new Dommes are ruining the scene. ALL OF THAT was going on when I came in the scene years ago.

So in many senses it is all the exact same thing. Now there IS one thing that I think could help “clean up” the scene in a sense. And YES, I am referring to the fact some dommes coming in just like the money and not really the domination per se. I have a theory that might help on that…. watch the video to hear some more!

The second in the Findom Lifestyle Ask Me Anything series is now on YouTube…and posted below!

Is there any aspect to this conversation you wish I had gone into on a deeper level? Do YOU have comments about this video or the future of findom? Reply to the video OR this article? Do YOU want to #AskMeAnything for the next video in the series? Or just have some nosy-ass question for MIXTRIX? Be sure to ask it here on on the official Findom Lifestyle Twitter or twitter of Mixtrix!